In many countries the door-to-door evangelists have historically served as a bellwether for religious freedom for other minority groups. In Russia, that includes evangelicals, who remain ambivalent over whether to defend the rights of Jehovah’s Witnesses as a fellow non-Orthodox faith.

“Considering that the religion of the Jehovah’s Witnesses is professed by hundreds of thousands of Russian citizens, [liquidation] would be a disaster for rights and freedoms in our country,”

said Yaroslav Sivulsky, a representative of the targeted Jehovah’s Witnesses headquarters, to Forum 18, looking at the ban which has an impact about 175,000 followers in 2,000 congregations nationwide.

“Without any exaggeration, it would put us back to the dark days of persecution for faith.”

he said last year and came to see that Russia is back into the dark ages where people torture those who are different, like homosexuals.

Russian Protestants don’t consider themselves as extreme — or as annoying — as the Witnesses, and they aren’t too eager to speak out against the recent case against them.

“Baptists and Lutherans are often regarded as traditional religions by Russian judicial practice and by the Orthodox,”

“Protestants do at times succumb to the temptation to accept the common Russian division between ‘traditional’ and ‘non-traditional’ religions if they themselves happen to be on the right side of the divide.”

The warnings against Jehovah’s Witnesses have stacked up over the past decade in particular, with dozens of regional charges of extremism and more than 80 of its books, pamphlets, and other texts (including its magazine, The Watchtower) banned in Russia, according to The Moscow Times.

Evangelicals say there should be no reason to ban them because they believe in the Trinity and are open to ecumenical services. In Russia, the JW don’t participate in interfaith efforts among minority groups. Plus, according the evangelicals the JW are promoting a competitive theology in a way many evangelicals disagree with.

“Protestants consider the evangelistic activities of Jehovah’s Witnesses to be excessively intrusive and aggressive,”

While Jehovah’s Witnesses push their distinct teachings on God and the end times, evangelicals contextualize their sermons to build on Russian familiarity with Christian history and Orthodox culture. Because of their theological and methodological differences,

“Jehovah’s Witnesses in Russia appear to be foreign and almost alien,”

The evangelicals should recognise that many of the claims made in court about the Jehovah’s Witnesses practices could also be made of other religious communities practices as well.

Traditional Russian Orthodoxy continues to be increasingly conflated with a sense of Russian patriotism and nationalism, so many believe the government will keep pushing against the freedoms of minority faiths.

“A ban on Jehovah’s Witnesses is just the beginning in a series of repressions. Society needs an internal enemy to which the government can point in full cooperation with the Russian Orthodox Church,” Cherenkov said. “The silence of Protestants with regard to repressions against Jehovah’s Witnesses will merely unleash a new wave of restrictions and repressions.”

says Joel P. Engardio, co-producer of Knocking, a documentary on the 7 million-member sect, which, he says, spends 1.3 billion hours per year knocking on doors.

Mark 8:27-29 Simon Peter said Jesus is the Messiah,the Son of The Living God!

“27  Now Jesus left with his disciples into the towns of Caesarea Philippi. And along the way he asked his disciples: “Who are people saying I am?” 28 They answered: “John the Baptist.” But others said, “Elijah.” Still others: “One of the prophets.” 29 Then Jesus asked them: “But, who do you say I am?” […]

Mark 8:22-26 – A Blind Man in Bethsaida MK8:22 Then Jesus arrived at Bethsaida and the people brought to him a blind man,[1] and they begged Jesus to touch him. MK8:23 So Jesus took the blind man by the hand and led him out of town, and after he had spit on his eyes and […]

Mark 8:10-13 – Pharisees Seek Sign || Matthew 16:1-4[1] MK8:10 Then right away Jesus boarded the fishing boat with his disciples and went to the region of Dalamutha.[2] MK8:11 And the Pharisees approached to test Jesus, and so they began to question him, seeking some kind of sign from heaven. MK8:12 Now Jesus groaned deeply […]

Review Questions on Chapter Seven How may worship become vain or worthless? What example showed the Jews had invalidated God’s commandment? Name some things that defile a person? How did a pain mother get Jesus to change his mind? What cure astounded so many people? + Preceding Mark 7 – The Nazarene’s Commentary: Mark 7:1-8 […]

Mark 7:31-37 – Deaf Ears and Dumb Speech MK7:31 On his return journey from the coasts of Tyre and Sidon Jesus arrived at the Sea of Galilee through the middle of the area of Decapolis.[1] MK7:32 Now people brought to him a deaf person who was unable to speak, and they begged him to lay […]

Mark 7:24-30 – A Syro-phoenician Woman || Matthew 15:21-28[1] MK7:24 Now after this Jesus rose and traveled[2] to the borders of Tyre and Sidon and there he entered a certain house. He wanted to remain unrecognized[3] but he could not escape discovery. MK7:25 Because a certain woman whose young daughter had an unclean demon heard […]

What do you think of this? “The sacrifices of God are a broken spirit; a broken and contrite heart, O God, you will not despise.” (Psalm 51:17) This verse is so familiar to us that we may not really think about it very much any more. But let’s take a minute and actually think. Is […]

This century may go into the history books by its aim to overcorrect. Today we are not any more allowed to use lots of words which were quiet normal and not offensive in the previous century. Today one has to be very careful how one wants to express oneself. Today several youngsters consider it transphobic […]

Originally posted on A Day Dreamer's Diary:
How do you describe a grief for a person you haven’t met in 10 years or weren’t best friends with, but it just sits heavy and hurt in the middle of your chest for more than a week now but you do know they meant the world…

Originally posted on EUROPE DIPLOMATIC:
Brussels 13.10.2021 The UK Brexit Minister Lord Frost has proposed plans for an entirely new protocol to replace the existing Northern Ireland Protocol. In a speech to diplomats in Portugal on Tuesday, October 12, he described his new legal text as “a better way forward”. https://twitter.com/DavidGHFrost/status/1447951700053176337?s=20 The protocol is the…

Hitler and Appeasement: Ideology or Opportunism? 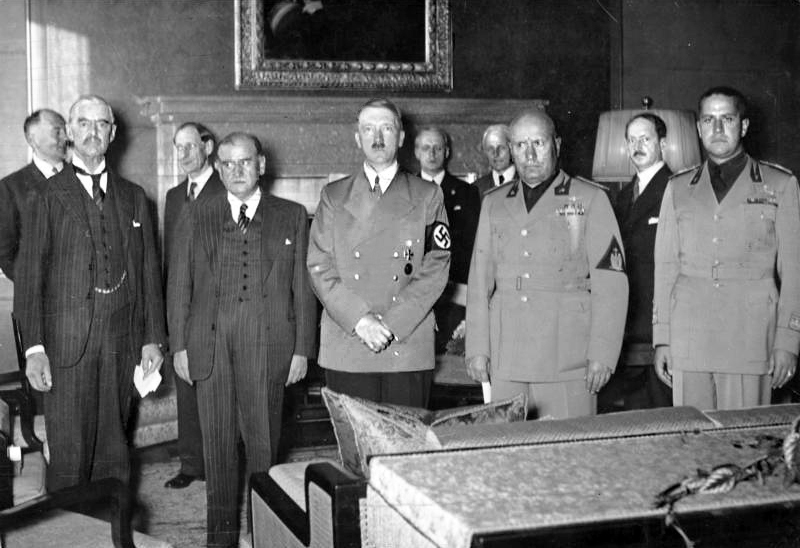 Originally posted on In the Past and the Present:
How much interaction was there between Nazi foreign policy and appeasement? Did Adolph Hitler pursue ideological goals with such determination that nothing could deflect him from a programme of conflict? This article compares the ‘intentionalist’ perspective with the ‘structuralist’ view to ascertain the role played by…

Hitler and Christianity: Some Trends in Interpretation

Originally posted on Ryan Buesnel:
A question was recently put to me by a reader who was curious to hear my thoughts on whether Hitler should be considered a “Christian” or an “atheist.” What had spurred this on was this reader’s consideration of the somewhat ambiguous topic of “Positive Christianity” — the allegedly Aryanized form…

Joy is the gift of love

Originally posted on ARHtistic License:
Joy is the gift of love. Grief is the price of love. Anger protects that which is loved. And when we think we have reached our limit, wonder is the act that returns us to love. ~Valarie Kaur, in See No Stranger 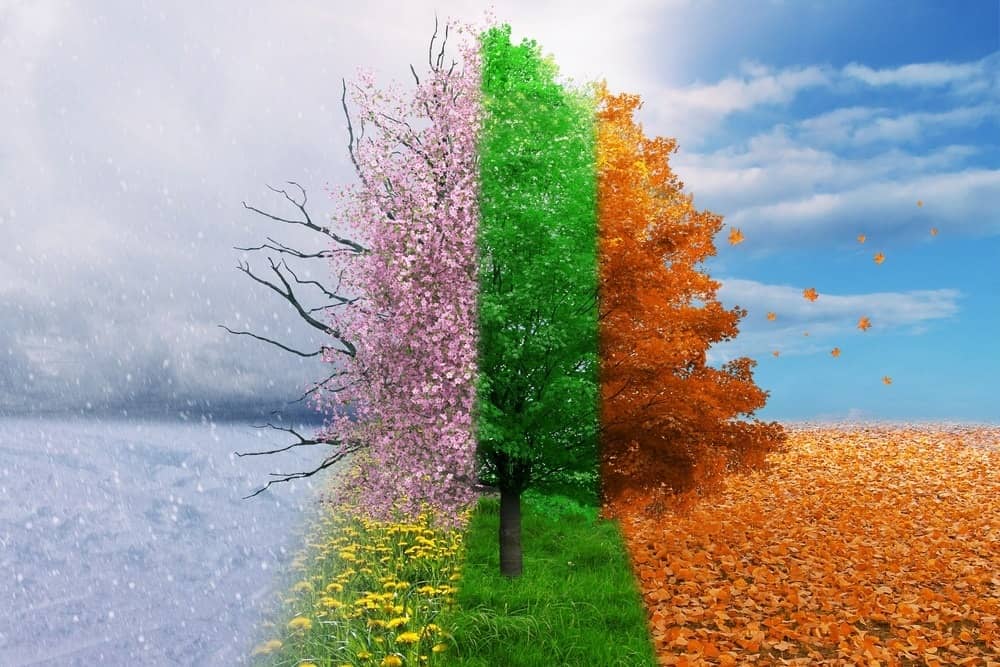 Changed – Joshua and the local lunatic

The shock passes and the synagogue erupts in noisy conversation, all talking at once. Everyone is amazed! What to make of it all! New teaching they’ve never heard before — and with such authority! With a command he can heal a man they all thought was beyond hope…

According to Mishnaic teaching, the New Year festival ushers in the Days of Judgment for all of mankind. Despite its solemnity, the festive character of Rosh Hashana is in no way diminished. In Scripture it is called “a day when the horn is sounded”; in the liturgy “a day of remembrance.” Again this year there […]